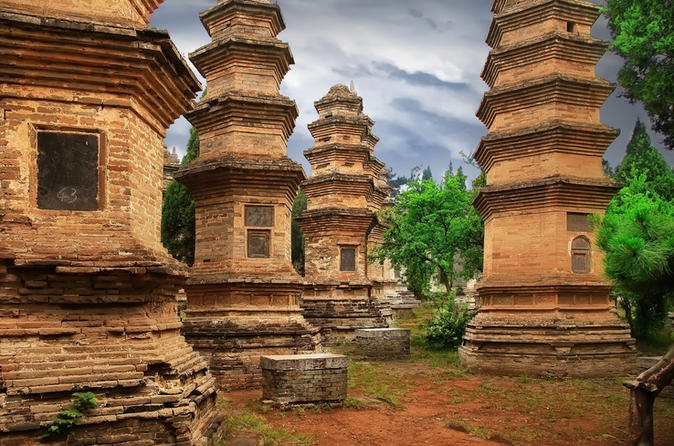 Don’t miss the opportunity to experience two very popular tourist destinations in China, the Shaolin Temple, also known as the birthplace of Kung Fu and the Longmen Grottoes.

Day 1: Beijing – Luoyang (No meals)
You will go on your own to the Beijing West Train Station to take the train to Luoyang, that takes around 4 hours. Upon your arrival in Luoyang, you’ll meet your local guide that will bring you to the Shaolin Temple.

The Shaolin Temple was founded in the year 496, during the Northern Wei Dynasty, in honor of an Indian monk called Bodhidharma, known in Chinese as Da Mo, founder of the Mahayana sect of Buddhism, also known as Zen Buddhism.

The temple is therefore regarded as the birthplace of Chinese Buddhism. The temple, which bore witness to the rise and fall of several dynasties, is also famous for its Martial Arts (mainly kung fu). Shaolin Kung Fu is the product of the synthesis of other martial arts principles into a distinctive martial art style. This quote embodies the physical and mental strength and discipline required in the study of martial arts. In recent years, renewed interest in Kung Fu has led visitors, western and otherwise, to the steps of the temple where schooled martial arts started, both for visits and for long-term retreats.


During your visit to the temple you will be able to watch an incredible Kung Fu show put on by some of the professionals at the temple. Afterwards, we will take you to the Old Town of Luoyang to explore some of the shops and take a look at the architecture, and finally bring you to your 4-star hotel. Overnight at Luoyang Hotel 4-star/standard room

Day 2: Luoyang - Beijing – Luoyang (B)
After breakfast, drive to visit the world-famous Longmen Grottoes, located 12 km south of Luoyang. Spanning a length of over 1,000 meters on the hillsides along the Yi River, the Longmen Grottoes, together with the Mogao Caves in Dunhuang (Gansu Province) and the Yungang Grottoes (Shanxi Province), are reputed as the three greatest stone sculpture treasure houses in China.

In the year 2000, the Longmen Grottoes were listed by UNESCO as a World Cultural Heritage Site, and they are one of China’s most popular tourist destinations now. The area also makes for a beautiful and relaxing walk along the Yi River.

After your visit to the grottoes we will take you to the Luoyang railway station so you can go back to Beijing. Arrangements back to your hotel will be on your own.

Don’t miss the opportunity to experience two very popular tourist destinations in China, the Shaolin Temple, also known as the birthplace of Kung Fu and the Longmen Grottoes.