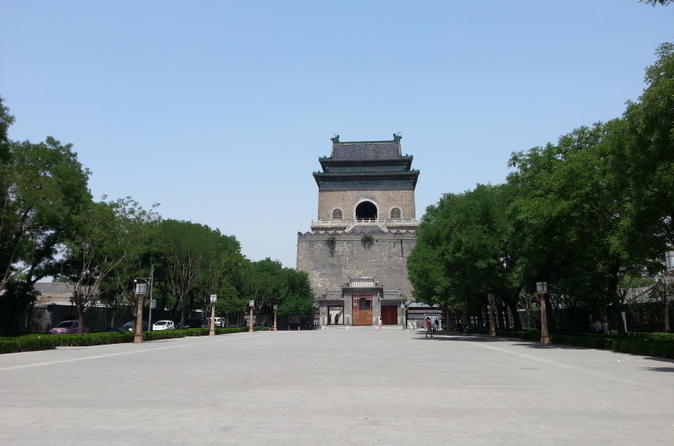 This tour focuses on showing Beijing’s ancient residential culture as you’ll explore the hutong area in the afternoon by visiting Shichahai and Nanluoguxiang. Then you’ll have the opportunity to try Beijing Duck at a great restaurant, and after that appreciate a traditional Peking Opera show at night.

Meet your guide at 1:00pm and your first destination is Shichahai, where will let you experience the real hutong alleys. The hutongs have captured traditional Beijing’s essence, and spending time here is a real look into authentic Beijing city life as many of Beijing’s residents still live in them and spend their days around the alleys. In fact, many of the alleys have been around for centuries. They sometimes feel a little bit like a village instead one of the biggest cities in the world.

Shichahai is an area at the center of these hutongs, with three lakes in them. The lakes are called Qianhai, Houhai, and Xihai. Currently, the area surrounding the lakes is an entertainment area for locals and foreigners, with bars, clubs, and restaurants lining the waters of these lakes. During the day, you can explore the lakes and historic buildings along the lake. The lakes date back to the Jin Dynasty, and still harbors many temples and mansions that date back that far. In fact, ten temples line the lakes, some incorporating beautiful gardens.

Afterwards, come to Nanluoguxiang, a well-preserved part of ancient Beijing with traditional architecture. The street received its name in the Qing Dynasty, around 1750, but has been around since the Yuan Dynasty. The area is a little bit gentrified and very popular with domestic and international tourists, but there are lovely shops with souvenirs and antiques, as well as tea, and cafes and bars. Turning left or right into any of the smaller and quieter alleys leading off Nanluoguxiang you’ll be able to see the residences in which Beijingers, both those born in Beijing and people who have since moved to the city, still live to this day. To quench your thirst following the climb up the stairs, we will taste traditional Chinese tea at a teahouse inside the Bell Tower.

Your dinner in the evening will be an unforgettable experience tasting one of the most famous cuisines in Peking Roast Duck (or you can also call it Beijing Duck). It is best known for its remarkable marinated duck,its crisp skin a rich amber hue, which you can wrap in tiny pancakes with plum sauce, cucumber, spring onion, and sometimes honeydew. Your guide will help you and explain the history of Beijing Duck, and how it is traditionally eaten in Beijing for the full experience.

After dinner it’s time to enjoy a Peking Opera show. The opera starts at the impressive Liyuan Theatre at 7:10pm. The Liyuan Theatre has performed Peking Opera since 1990, and is one of the leading venues in the birthplace of opera in the capital city. Although Chinese opera has spread throughout the country, each city has their own twist to it. While you’re in Beijing checking out Peking Opera is an absolute once-in-a-lifetime opportunity.

When the show ends, you will be taken back to your centrally located hotel in Beijing.

This tour focuses on showing Beijing’s ancient residential culture as you’ll explore the hutong area in the afternoon by visiting Shichahai and Nanluoguxiang. Then you’ll have the opportunity to try Beijing Duck at a great restaurant, and after that appreciate a traditional Peking Opera show at night.