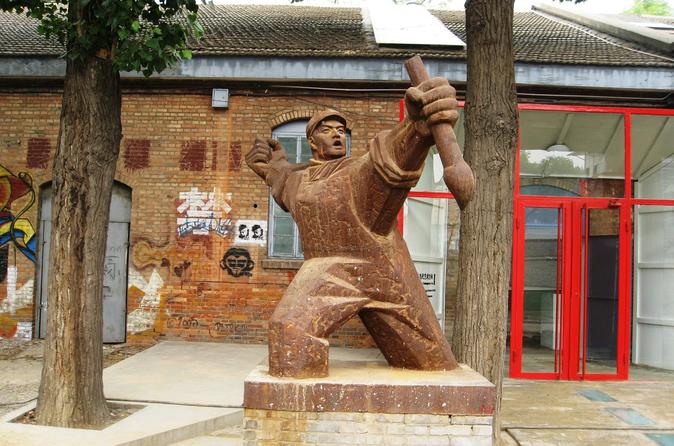 The contemporary art scene in China really took off at the beginning of the 21st century, led by the opening of Beijing’s 798 Art District. Housed in old factories, you will look differently and may get inspired by its forward thinking artistic side.

A country, filled with contradictions and surprises; where a larger part of China is looking towards the future while others are keen in preserving the traditional means. Both streams in one of the world’s largest countries seem to blend in harmoniously and a plethora of opportunities await for any kind of traveller. As best described, China is the ultimate “think big” country in which population and territory are matched by ancient wonders, scenic beauty and rapid development to provide the perfect destination. The thriving classical art scene from centuries still plays an immense role of how many still look at China, but at the strike of the 21st century, a small group of talented artists established something in the heart of the capital that is now seen as the cradle of modern, progressive and experimental art – Beijing’s 798 Art District.

You will take a short drive to the Chaoyang District (around 30 minutes from downtown Beijing), home of the 798 Art District.  Number ‘798’ of a 50-year old decommissioned military factory building, with its unique architectural style is where the artists have set up their galleries and workshops. At the turn of the century, these German-designed buildings became the playing ground for upcoming artists, seeking out a place to create their art, their ideas of architecture, and culture in a historically interesting location,

Up until today, this previous factory plant has become a haven for artists from home and even abroad. Artists gather here to open galleries, art studios and cafes, and hold all kinds art events, making the area the most resounding name in the artistic circle. It is often compared with New York's Greenwich Village or SOHO. 798 have evolved into a dynamic and fascinating art and cultural precinct that is definitely worth a visit.

During your visit, you will see various art galleries, chat with artists while they are working on a new project, as well make a stop at the Ullens Centre of Contemporary Art (UCCA). If you are a contemporary art fan, 798 Art Factory will not disappoint you.

You will return to your hotel before lunch time.

The contemporary art scene in China really took off at the beginning of the 21st century, led by the opening of Beijing’s 798 Art District. Housed in old factories, you will look differently and may get inspired by its forward thinking artistic side.