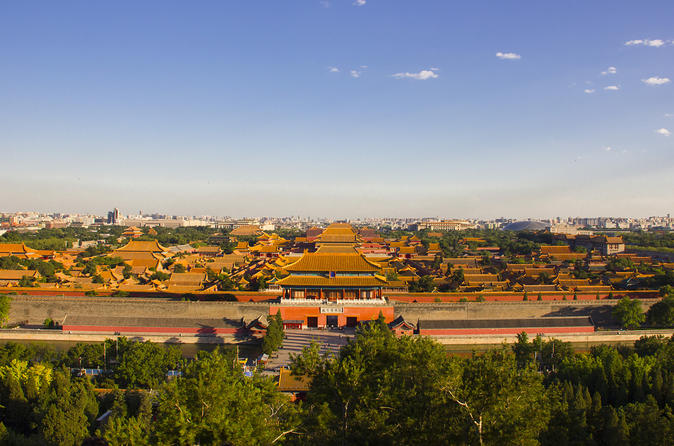 From the private impressive day tour, you will experience a few Bejing highlights with forbidden city, silk factory and Olympic Stadiums.

You will meet your private guide on 8:00am in the morning from Beijing's hotel lobby, then you will visit amazing forbidden city, which is also known as the imperial residence and center of country during the reign of 24 emperors. 14 in the Ming and 10 in the Qing dynasty ruled from this palace for the last 600 years,  the last emperor of the Qing dynasty and of China. It is now the biggest and best preserved ancient building complex in China. covers an area of 730,000 square meters, the Meridian Gate on the south and the Gate of Spiritual Valor on the north being used as the entrance. People will see a succession of palaces spreading out on two sides of an invisible central axis.  Covering 720,000 square metres, it contains 90 palaces and courtyards, 980 buildings and 9,999 rooms.  Where the emperor started ceremonies, state banquets and palace examinations. then you will have lunch at an authentic Chinese restaurant nearby silk factory, where you can also experience interesting Chinese silk culture over there too.

Please note: This tour is not available on Monday because forbidden city will be closed on every monday.

From the private impressive day tour, you will experience a few Bejing highlights with forbidden city, silk factory and Olympic Stadiums.