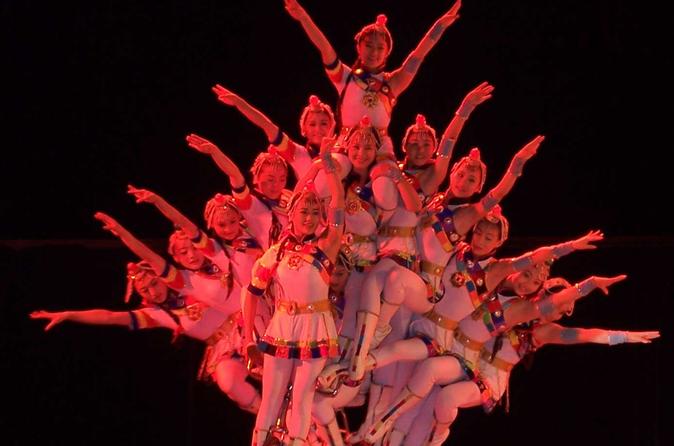 The Beijing guide and driver will hold clients' name logo and wait for them at hotel lobby on 4:30pm in the afternoon, then go for acrobatics show. The acrobatic art has 2000 years of history in the China. Acrobatics is called the "opera" in the Han Dynasty, Sui and Tang Dynasties called "San Yue", and it is called acrobatics after the Tang and Song dynasties in order to distinguish it from other dance and drama.
Beijing acrobatics is called a national art. It is one of the art forms popular among the Chinese people. Whether you are old or young, educated or illiterate, you can appreciate it as long as you can see. There is no language barrier and cultural border.
Then go for Peking duck dinner , Peking Duck is a famous duck dish from Beijing that has been prepared since the imperial era. The meat is prized for its thin, crisp skin, with authentic versions of the dish serving mostly the skin and little meat, sliced in front of the diners by the cook. Later on send you back to hotel.