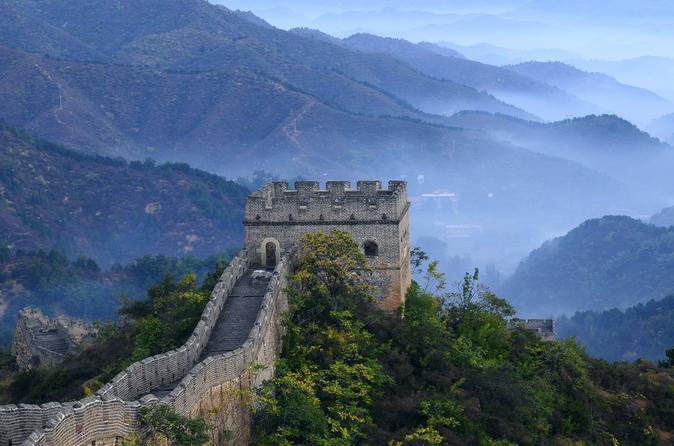 Day 1:
Start from your Beijing's hotel lobby in downtown Beijing around 7:00am in the morning. hotel need to be wihtin 2nd ring road of Beijing, start your 2.5 hour hike on the eastern section of the wall at 10:00am with lots of photo chances of the surrounding foliage after 2 hours driving, architecture, and towers along the way. Originally, there was once a section of wall built in the Northern Qi Dynasty. It has complete defensive system including barrier walls, battlement walls, watchtowers, gun emplacements,  horse blocking walls and branch cities. After being ruined by wars, the big project of restoration was built in the Ming Dynasty after Emperor Zhudi moved his capital from Nanjing to Beijing. It later experienced a 18-year reconstruction from 1580 by Qi Jiguang, a Chinese military general during the late time of Ming Dynasty. Then go back hotel.


Day 2:
You’ll be picked up at your Beijing central located hotel which is within 2nd ring road of Beijing around 7:00am early in the morning, then start the group tour of the city’s highlights at Forbidden City first, the largest and most impressive imperial palace complex in the world since 15th century, the former Chinese imperial palace from the Ming dynasty to the end of the Qing dynasty, it now houses the Palace Museum. And group guide will show you along the central line from south to north there.
Later on you will go to the Chinese medicine center then experience amazing ancient Chinese traditional medicine culture, then visit the Temple of Heaven, The complex was visited by the Emperors of the Ming and Qing dynasties for annual ceremonies of prayer to Heaven for good harvest. It has been regarded as a Taoist temple, where the Ming and Qing emperors prayed for a good harvest and peace for the local farmers during Ming and Qing dynsties.
And next have delicious Chinese lunch at a local restaurant, then you will take a short visit to a pearl gallery and get to know about pearl culture.
Then go to the Summer Palace, which is the most famous Chinese imperial garden from the Qing dynasty. Finally you will be transferred back to your hotel.


Please note that group tour bus and guide can only pick up clients who stay in hotel within 2nd ring road of Beijing.